Celebrating like a local and Ecuadorian in the Netherlands

While conducting fieldwork in the Netherlands last year I met generous people from Ecuador who taught me quite a few things about homing in a specific locality, as part of a community. One of the most remarkable episodes was a celebration that involved many Ecuadorians living in the Netherlands. In this post I describe how this gathering constituted a node in which people, ideas, memories and customs converged to produce a locality. As Doreen Massey (1994: 135-142) suggests, localities emerge in co-presence, through interactions and intersections at specific times. In what follows I briefly describe some ‘local’ ways of being Ecuadorian in the Netherlands.

This summer celebration reunited mostly people who were born in Ecuador and now live scattered across the Netherlands. In many cases, their children were born in the Netherlands. Several had partners from other European or South American countries. There were also many Ecuadorian students. In general, the interaction unfolded in Spanish, although one could hear quite a bit of Dutch and English. The setting was a complex with sporting facilities in a suburban area. There was a football field, a large indoor space with a bar, a kitchen and enough room for dancing and making noise.

The event started at noon with football matches for men. Throughout the day there were activities for children, like piñatas and a bouncy. Many others had their own initiatives: a group of men and women living in Utrecht had brought their own ball and net, and improvised an ecuavoley field (a type of volleyball with three players in each team). Ecuadorian dishes were served throughout the day at a reasonable price, there was also an ice cream stand and the beer tap was in demand. Later on in the afternoon, there were two folkloric dance groups performing alternated by musical interludes. After all that, a DJ took over and people danced until late at night.

I attended this event because a woman that here I call Marta, one of the organisers, kindly invited me to perform in the musical interludes. I spent some time with her and her family as part of my ethnographic work. She knew I play the guitar and was looking for somebody to accompany a student who wanted to sing a few songs but needed some harmonies to back her up. We then met in Marta’s flat several evenings to rehearse. We needed to find a compromise between the songs the young singer wanted to perform and those that sounded appropriate for this event from Marta’s perspective. We finally came up with ‘Vasija de Barro’ (a song about farewell), ‘El Aguacate’ (a traditional and romantic song), ‘Si Nos Dejan’, ‘Amor Eterno’ and ‘Angel de Luz’ (well known romantic songs) and finished with ‘Collar de Lagrimas’. This last piece was the most significant of all because the lyrics talk about the sense of loss associated with leaving one’s country and family. ‘A migrants’ hymn’, Marta pointed out, ‘una canción corta venas’ (a song to cut one’s veins, she said in a figurative way).

The day of the performance I borrowed a guitar and a traditional Ecuadorian shirt from Marta’s husband. The singer and I checked one last time the details of the songs while the folkloric dance groups were getting ready. The dances were received with attention and euphoric applause from the audience, and the musical interludes were also appreciated. I was surprised by the fact that wrapping up the performances with ‘Collar de Lagrimas’ had a slightly sombre effect. It was as if the effervescence gave place to an air of nostalgia. Indeed, music and dance are powerful ways of remembering—something that probably Marta had anticipated. But this effect quickly vanished when the lights were lowered and the DJ played Latino hits, followed by Ecuadorian party classics.

Celebrating through music, dance, sport, food and drink can be both acts of memory and actualisation. For some, this was about recreating what feels familiar in an environment that connects with previous life experiences. The tastes and smells, sounds and colours resonate with what they were used to. But at the same time, it was about finding alternative forms of co-presence in a context in which one does not need to justify one’s foreignness. In was about producing a locality through the intersection between one’s past and current experiences.

Laura and Jorge were also involved in the organisation of this party, running up and down the whole day to keep the celebration going. At some point, Laura told me that through these events they were seeking to ‘keep the community together’. This is certainly a way of bringing people to the same place and building relationships based on a common national background or ancestry. But in following up with some of the people I met during this event, I also realised that these events involved ways of being ‘local’ in an environment that is often perceived as foreign. Laura was the first in her family to arrive to the Netherlands more than twenty years ago. During her early years in the Netherlands she met her husband, Jorge, who comes from a different region of Ecuador than her and also arrived a couple of decades ago. As a young woman Laura worked in contrasting sectors such as hospitality, extraction industry, transportation and cleaning. She now works in a major retailer shop, few minutes away from their place. Jorge currently runs a Spanish style tapas bar. Their schedules are quite different: she wakes up at 6am, while he gets back home after midnight. ‘The problem is our schedules’, she remarks. They live in the same house, but rarely coincide during weekdays. Why didn’t they stay together, calmly resting at home on that weekend, instead of running up and down in that celebration? ‘Doing this [organising these celebrations] make us notice the differences, it’s for remembering’, she highlighted. In enacting this way of being ‘local’ and Ecuadorian in the Netherlands, they were reminded of what is distinct from here and there, from their past life experiences and their current life. It is also a way of immersing their children (who were born in the Netherlands) into a series of practices that are significant to them: speaking Spanish, dancing and socialising in such special way. These do not constitute patriotic gestures. Rather, they are ways of finding one’s place while dealing with the near and far, with one’s domesticity and foreignness. 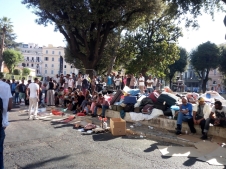 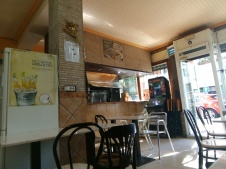 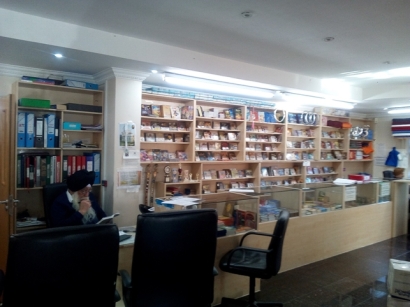 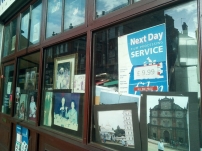 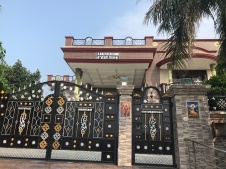 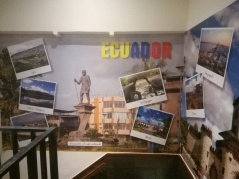 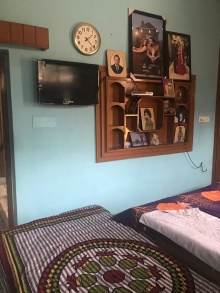 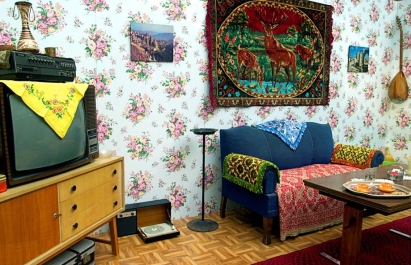 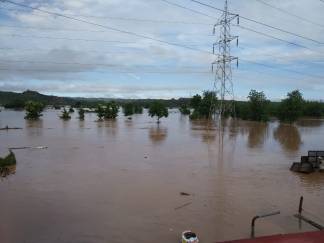 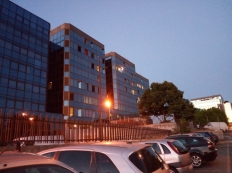 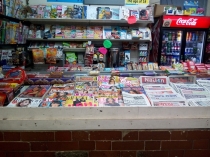 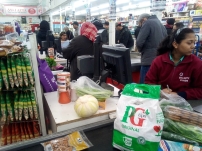 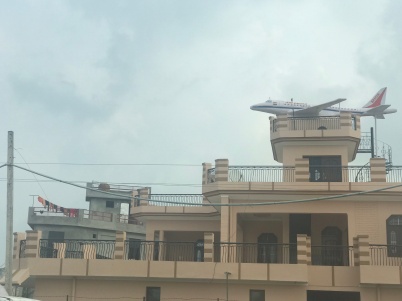 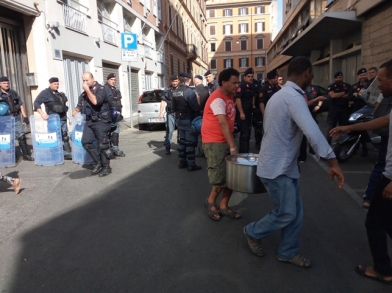 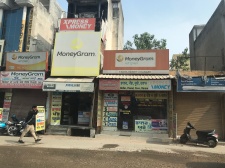 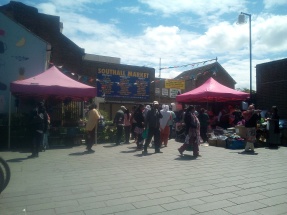 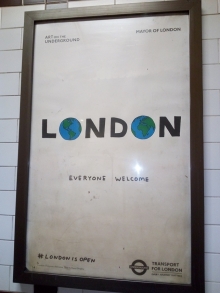 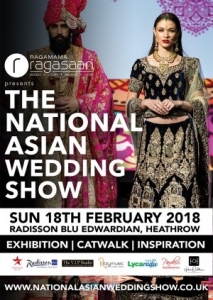 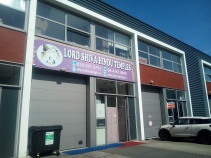 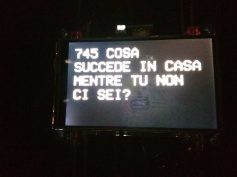 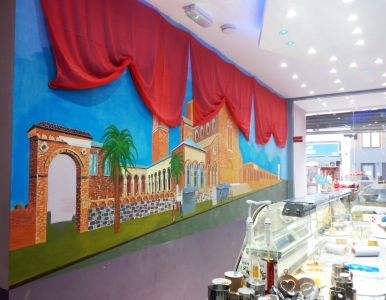 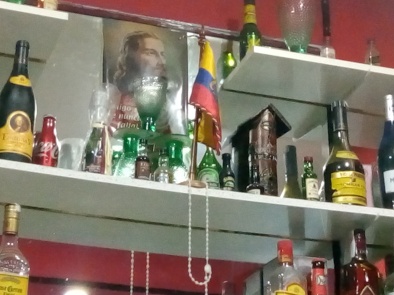 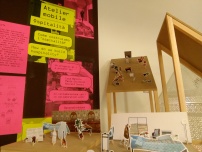 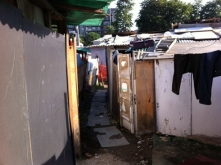 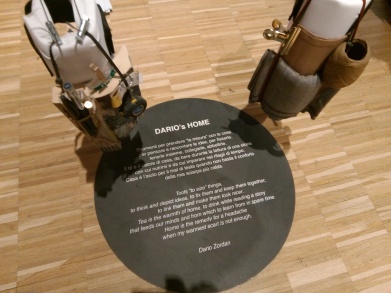 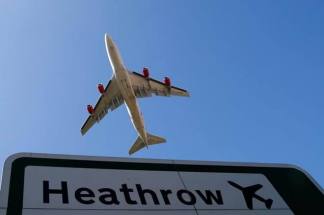 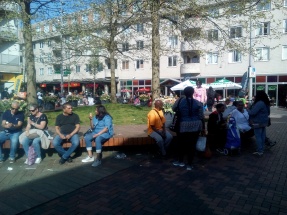 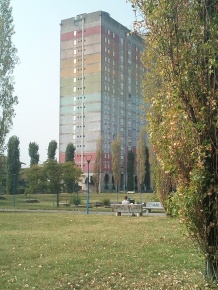 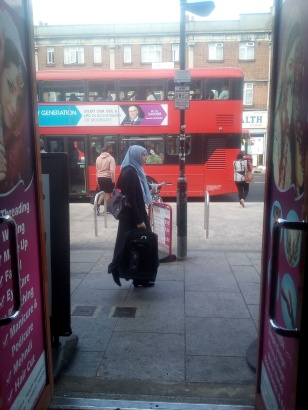